An initial investigation report on the root cause of the presence of N-nitrosodimethylamine (NDMA) provided by Zhejiang Huahai Pharmaceutical, China upon request from the supervisory authority in Italy (AIFA), indicated that NDMA is formed at the tetrazole ring-forming step in ZH’s valsartan API manufacturing process, and the level of NDMA present may depend on the reaction conditions used.

It should be reminded here, that the review of valsartan medicines was triggered by the European Commission on 5 July 2018 under Article 31 of Directive 2001/83/EC. On 20 September 2018, the review was extended to include medicines containing candesartan, irbesartan, losartan and olmesartan.

Angiotensin-II-receptor antagonists/blockers subject to the procedure (tetrazole group circled in red at the example of losartan): 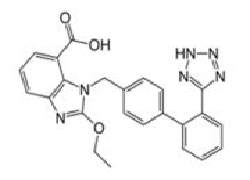 Current status of CEP for Candesartan cilexetil can be checked here 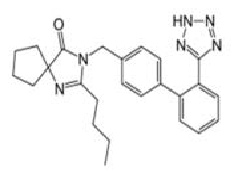 Current status of CEP for Irbesartan can be checked here 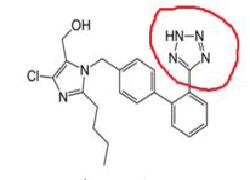 Current status of CEP for Losartan potassium can be checked here 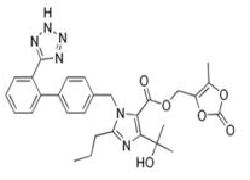 Current status of CEP for Olmesartan medoxomil can be checked here 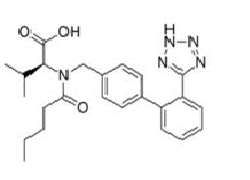 Current status of CEP for Valsartan can be checked here

Scientific conclusions related to the procedure are presented in Annex I while Conditions to the marketing authorisation(s) in Annex II.

It should be noted however, that there are additional ARBs not containing a tetrazole group authorised in the EU, and hence these are not subject to this procedure:

Temporary limits for NDMA, NDEA as well as for NMBA, DIPNA and EIPNA impurities have been set in line with current ICH M7(R1) guidelines and are given in the table below.


EMA’s recommendations for NDMA and NDEA were sent to the European Commission, which issued a legally binding decisions.

We have already informed on our website about the ongoing review of valsartan and other ‘sartan’ medicines due to the detection of impurity N-nitrosodimethylamine (NDMA) as well as suspensions of CEPs by EDQM in Part I, Part II, Part III, Part IV, Part V, Part VI and Part VII entries.

In addition, as part of strengthened monitoring of manufacturing, EMA and national authorities are also requesting as precaution that companies using certain reagents to manufacture the diabetes medicine pioglitazone test their products and check their processes to rule out the presence of nitrosamine impurities, in particular nitrosodimethylamine (NDMA).

The request follows the detection of low levels of NDMA in a few batches of pioglitazone manufactured by Hetero Labs in India, which were within strict limits previously set for sartans (refer to Annex I above) and are considered acceptably safe.

To check the current status of CEP for pioglitazone hydrochloride please click here.